F ebruary 2018 was a gold star month for Nautilus Minerals, with significant advances made on seafloor production tool operations, vessel construction and both financial and organizational stability.  The month’s progress renews confidence that the controversial Solwara 1 deep sea mining project in Papua New Guinea’s Bismarck Sea remains viable and on track for projected timelines. The positive trend comes after months of uncertainty on fiscal, organizational and political prospects of the company and its flagship project.

The following milestones were reported by Nautilus this month:

Nautilus continues to arrange bridge loans from Deep Sea Mining Finance Ltd.  The bridge loans, which may be in the aggregate amount of up to US$7 million, will assist with immediate working capital requirements to continue the development of the Nautilus seafloor production system to be first utilized at the Solwara 1 Project.  Nautilus also continues to work with M. Horn & Co. Ltd., in respect of the remaining project financing of up to US$350 million required to complete the development of the Project.    Both financing companies are controlled by Nautilus insiders, a fact that has been previously disclosed.

The government of Papua New Guinea has granted a two-year Exploration License to Nautilus to conduct exploration activities on a 2,558 km2 area within the southeast Bismarck Sea. Nautilus announced that it has identified numerous exploration targets with similar geology to the Seafloor Massive Sulfide deposits found at Solwara 1.  Updated maps associated with this project are reported elsewhere in this month’s DSM Observer.

Nautilus announced on 12 Feb 2018 that the submerged trials for their Seafloor Production Tools in Papua New Guinea have been successfully completed. Nautilus CEO Mike Johnston stated that all three machines met the requirements of their respective functional design specifications in submerged conditions. A complete report on the submerged trials is expected by the end of Q1 2018

Nautilus chose to trial the equipment in Papua New Guinea as an opportunity to work closely with its partner Petromin, government officers, and representatives from the Provincial Governments of New Ireland and East New Britain; and to showcase the equipment to community leaders from coastal villages geographically closest to the Solwara 1 site.

The equipment is currently being prepared for shipment to China where it will be integrated onto the Nautilus Production Support vessel.

On 20 February 2018, Nautilus announced that the build of their Production Support Vessel in China’s Mawei Shipyard has now surpassed 75%.

Status specifics are as follows: 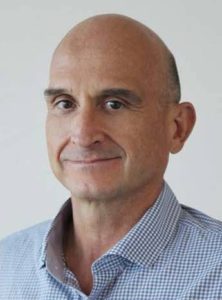 Nautilus announced on 22 February 2018 that Mr Wayne Knott will assume the role of Chief Operating Officer (COO), commencing 19 March 2018.  Mr Knott is a metallurgist with over 30 years of mining industry experience, with particular expertise in dredging, operational start-ups and reviews. Wayne previously worked for Nautilus Minerals as Operations Manager during 2010 to 2012, where he was responsible for defining the Company’s original operational readiness plan, as well as providing significant input into the design and scope of the current production system.

The results of a Preliminary Economic Assessment (PEA) for Nautilus’ Solwara 1 project in Papua New Guinea’s Bismarck Sea were announced on 27 February 2018.  The PEA was prepared by AMC Consultants Pty Ltd and is contained in an independent National Instrument 43-101 technical report.  The report details the proposed production system and methodology, and provides estimates of operating costs, CAPEX to completion, metal production, and cash flows.

For more information on these milestones, visit the Nautilus Minerals website or see DSM Observer’s ongoing coverage of Nautilus.